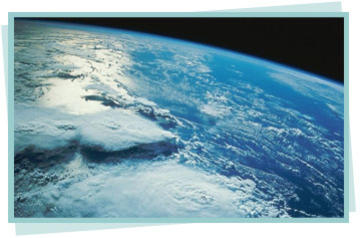 The Climate Geoengineering Governance project was a research collaboration between researchers from the Universities of Oxford, Sussex and University College London (UCL), with funding from two UK research councils, the Economic and Social Research Council (ESRC) and the Arts and Humanities Research Council (AHRC) planned to run from July 2012 to September 2014.

The Royal Society Working Group’s definition of climate geoengineering as “the deliberate large-scale manipulation of the planetary environment to counteract anthropogenic climate change” was a reasonable starting point. Our purpose was to examine the governance arrangements that may have been needed to ensure that experimentation or deployment of any of the large range of geoengineering techniques being proposed were safe, fair, effective and economic. As academic researchers we advocated none of these approaches.

The roots of the research lie in the Oxford Principles on Geoengineering Governance . Principle 2 calls for public participation in geoengineering decision-making and principle 3 openness and disclosure with regards to research. We followed these precepts in our research through a programme of meetings with major stakeholders in this country and in China, India, Africa and Brazil.

Human-induced climate change poses threats to the survival and livelihoods of many peoples across the world. Early debate on possible responses focused on mitigation, in which we try to reduce carbon emissions by consuming less energy or by reducing the carbon in the energy produced. In the last decade there has also been increasing discussion of adaptation, in which we also try to see what changes we could make to better cope with climate change. Under discussion is a third option – the use of geoengineering to directly modify the planet’s climate.

This research responded to the quickening international interest in the third option, and to recommendations of the report Geoengineering the climate (Royal Society, 2009) and the House of Commons Select Committee on Science and Technology report on The Regulation of Geoengineering (House of Commons, 2010). The UK Government response to this latter report concluded “Much further research will be needed into the science and technologies of geoengineering…before they could be considered for deployment. We consider regulatory arrangements, including guiding principles, for geoengineering research do need to be developed as soon as possible…” (UK Government, 2010, p.11).  The Intergovernmental Panel on Climate Change (IPCC) said that it would include geoengineering in its Fifth Assessment Report (2014).

This project's hopes was to make a significant contribution in laying out some of the key considerations for geoengineering governance, in a timely manner as the Oxford Principles  prescribe, so that robust governance structures were already in place before deployment.

The project’s key objectives were:

Work in CGG was grouped around three themes. Work packages under these themes were supported by workshops that helped integrate the insights from the work package elements, and generate increased engagement with policymakers, practitioners and representatives of civil society as the project proceeded.

1. Framings of Geoengineering. How was geoengineering currently framed in sociotechnical and legal terms? What could we learn about its characteristics in relation to the multilevel governance challenges of other complex technologies to emerge in recent times, or from attempts to manage complexity in the financial system in the light of the crisis? What conceptions of justice and fairness might be used to frame our approach to its regulation? What current treaties and laws bore upon it? What other broad purposes, other than the mitigation of climate change itself, might geoengineering governance pursue?

2. Dilemmas of Control of Geoengineering Technologies. What particular governance challenges and opportunities did geoengineering present – in assessing benefits and risks, in public acceptability, in the risks of lock-in and path dependency, in avoiding “appraisal optimism” in assessing the economic case, in appropriate use of precaution in the face of uncertainty, and in international relations – and how might we have dealt with these? How would it work as a system of innovation – who would experiment or implement what, where, and what capacity building and technology transfer might be involved? Work planned under this theme included world regional workshops in China, India, Africa and Brazil.

3. Choosing Governance and Regulatory Requirements. How would governance and regulatory arrangements work in practice both within and between jurisdictions? Were they sensitive and adaptive enough to respond to changes in impacts or criteria? What new rulemaking and procedural harmonisation would be required, and could the buy-in of various interests be secured? Were domestic controls in place to meet these requirements in a variety of key jurisdictions? Finally, for the assessment, regulation and governance of emerging technologies what wider lessons could be learnt from the geoengineering case? Work included scenario workshops with stakeholders in helping to define possible circumstances in which different approaches to geoengineering could be the subject of experiment or deployment, and the governance approaches required.

The Climate Geoengineering Governance Working Paper series is designed to give a public airing to a wide range of papers broadly related to the project themes.  Papers published in this series may be, but are not necessarily, early outputs from the project team; equally they may be from other authors, and reflect different perspectives and different issues from those directly pursued by the project itself.  The aim is to promote vigorous and informed debate, in a spirit of pluralism.

What the working papers have in common is that they will all be at an early stage of development, prior to full publication.  Comment and response, at any level of detail, is therefore doubly welcome.  Please send all responses in the first instance to the authors themselves - each paper contains a correspondence address.  We will be looking for opportunities to use the website or other project activities to give a wider airing to any dialogues and debates that develop around a paper or issue.

CGG Working Paper no 10. May 2014. Steve Rayner.  To Know or Not to Know?  A Note on Ignorance as a  Rhetorical Resource in Geoengineering Debates.

CGG Working Paper no. 11. May 2014.  Rob Bellamy. Beyond Climate Control: 'Opening up' Propositions for Geoengineering Governance.

These Briefing Notes summarise some of the key findings and recommendations of the Climate Geoengineering Governance project.

CGG Briefing Note 1- What is geoengineering?

CGG Briefing Note 2 - Are the economics of geoengineering really incredible?

CGG Briefing Note 6 - What should we expect from geoengineering research?

CGG Briefing Note 7 - Is there a place for geoengineering in addressing climate change?